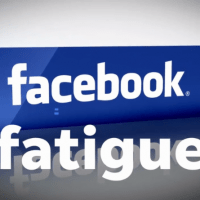 A recent article published by USA Today on February 14, 2018, sheds light on the recent erosion of Facebook user engagement. What does this mean? With this social media in decline, it gives demand-creating mediums like Money Mailer a leg up against one of the largest social media platforms in existence.

The article reveals that nearly one in five Facebook users — 18.4% — say they are using Facebook less than they did a year ago, according to a new poll of 1,000 people by Honest Data, a market research firm run by pollster Tavis McGinn, who used to work at Facebook. The article goes on to say that measurements taken by research firm Comscore also show minutes spent on Facebook in the U.S. are declining.

This dramatic social media decline was measured before the Cambridge Analytica scandal. It’s safe to assume usage rates have fallen off even further. Privacy matters! Consumers are getting fed up with digital intrusions and putting down their phones. Give your small business clients a better way to communicate with their customers through coupons, flyers, and postcards sent in the mail. Less intrusive and more impactful.

If you encounter a prospect or client who claims that Facebook advertising is a more effective use of their marketing budget, overcome their objection by sharing this very important and highly relevant article. Memorize the key data points:

One in Five Facebook users say they are using Facebook less than they did a year ago.

More and more individuals are saying ‘no’ to invasive screen time — ending their romance with social media. Woo them instead with effective, non-intrusive direct mail advertising.

Source: USA Today, February 14, 2018, “Why Facebook is getting less face time from users”