A Love Letter To Digital Advertising From A Direct Mail CEO 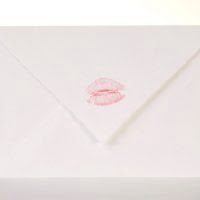 In a recently published article by Venture Beat, a quirky perspective on the relationship between direct mail and digital advertising is illustrated, starting with the title “A Love Letter To Digital Advertising From A Direct Mail CEO”. With a humorous theme it does an outstanding job at explaining why direct mail remains the preferred consumer experience. Check it out here:

I used to hate you. You see, direct mail had always been the king of targeted, direct-to-consumer marketing.

Sure, TV commercials and sleek magazines were ideal for shotgun-style, get-people-talking ads. But if you wanted to niche-down and target renters earning more than $55k and living in certain zip codes? You called me for a direct mail campaign.

It was that way until the late 2000s. The smartphone became widely adopted by 2007, and you know what happened next. The “digital explosion.”

Nearly every headline in every major business publication touted you as the next big thing.

Here’s what made me even madder: They were right. Print declined quickly. Newspapers were first, and magazines are not immune to the pinch.

As for mail — it’s not pretty either. From 2006 to 2017, direct mail volume decreased 29.85%, meaning your mailbox is a third less cluttered than it was about a decade ago.

My direct mail company did little more than stagnate. Thankfully, we only declined once (in 2009), thanks to the recession, but it took us six years to grow our revenue by 20% from 2011 to 2017.

So, thanks for that, digital.

Of course, you enjoyed record-setting year-over-year growth. Google and Facebook account for almost half of all advertising spend. You even unseated television as the #1 ad spend in 2017, despite a gazillion-dollar difference in price.

And we ate it up, myself included. We were — and are — obsessed with your convenience.

Until, well, it becomes inconvenient.

Take our inboxes for example. Is it just me, or do our virtual mailboxes today look like those overstuffed, garbage-filled mail boxes of yesteryear?

The answer is, we don’t. We ignore or delete your emails.

And while we’re at it, here’s a shortlist of your other high points:

And that’s only touching on the big issues, where you REALLY screwed up, with dangerous consequences and ugly legal repercussions. (Yikes — hate to be you right now.)

I haven’t even mentioned how downright annoying you can be with your battery-drain, your always-on location services, and your constant push notifications.

Today, more than anything, you fatigue us, digital.

And for that, I love you. Because a shift is happening, quiet though it may be. Well, unless you’re paying attention, and making a living off of it.

Why? Maybe the Instagram-ad pool is too crowded, or maybe we’ve been burnt one time too many by fake Facebook fashion ads. But that doesn’t explain why Google has turned to direct mail to target business owners. Yes, Google.

Here’s my icing-on-the-cake evidence that direct mail is back: My company was up 20% in 2018, in a single year. Previously, it took us six years to cover that same ground.

So, digital, you’ve been a wild ride. And I know you aren’t going anywhere anytime soon. But that’s okay. You’ve brought some beautiful things into this world, like:

But the most important lesson you’ve taught us is this: In an easy-to-fake world, a real and tangible experience stands apart. That’s why meal delivery kits and subscription boxes are booming and why huge digital-first brands are turning to mail, with lifestyle catalogs and magazines.

We didn’t even know it, but we’ve missed being able to simply hold something in our hands, to feel the quality of it, to be surprised by its heft and say, “Oh, that’s nice.”

You showed us the value of a real experience, and I don’t think we’ll forget that again.

Joy Gendusa is CEO of PostcardMania.com. She bootstrapped her company from nothing to $59 million using only a phone, a computer and postcards.